(LONDON) — Britain on Tuesday became the first country in Europe to confirm more than 30,000 coronavirus deaths, and infections rose sharply again in Russia, even as other nations made great strides in containing the scourge. China marked its third week with no new reported deaths, while South Korea restarted its baseball season.

In the U.S., some states took continued steps to lift the lockdown restrictions that have thrown millions out of work, even as the country recorded thousands of new infections and deaths every day.

Britain appeared set to surpass Italy as Europe’s hardest-hit nation. The government said about 28,700 people with COVID-19 had died in hospitals, nursing homes and other settings, while Italy reported close to 29,100 fatalities. Both figures are almost certainly underestimates because they include only people who tested positive, and testing was not widespread in Italian and British nursing homes until recently.

Yet official British statistics released Tuesday on people who died with suspected COVID-19 put the country’s toll at more than 30,000 as of April 24, or one-third higher than the government count at the time. A comparable figure for Italy was not available.

In Russia, the number of infections rose sharply again, with Moscow reporting more than 10,000 new cases for three days in a row.

At the same time, many European countries that have relaxed strict lockdowns after new infections tapered off were watching their virus numbers warily.

Italy this week allowed 4.4 million people to go back to work and eased restrictions on personal movement for the first time in two months.

The coming weeks are essentially an “experiment” to see how the infection curve reacts to the easing of the West’s first lockdown, the head of infectious diseases at Italy’s Superior Institute of Health told the La Repubblica newspaper.

“We are not out of the epidemic. We are still in it,” said Dr. Giovanni Rezza. “I don’t want people to think there’s no more risk and we go back to normal.”

Widely seen as a success story, South Korea reported only three new cases of the virus, its lowest total since Feb. 18. Schools will reopen in phases starting with high school seniors on May 13, but the highlight Tuesday was the baseball season, which began with no spectators allowed. 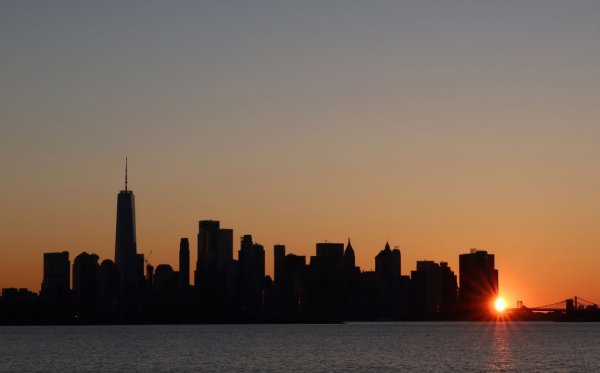 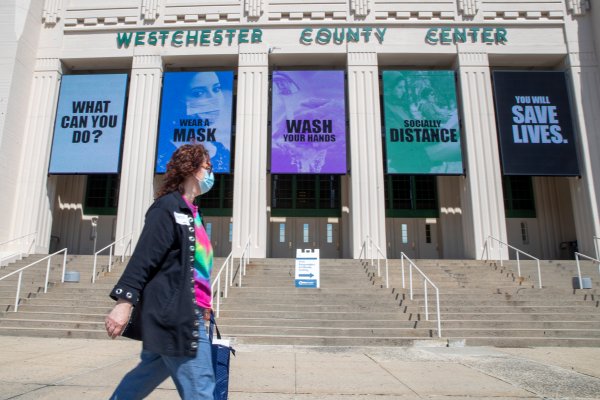 Cheerleaders danced beneath rows of empty seats, and umpires wore face masks as one of the world’s first major professional sports returned to action in games broadcast around the globe. Players and coaches were subjected to fever screenings before entering stadiums.

With major league baseball in the U.S. still mulling plans on what to do about its own season, American sports network ESPN signed a contract to broadcast six South Korean games per week, starting with Tuesday’s season opener between Daegu’s Samsung Lions and Changwon-based NC Dinos, which the Dinos won 4-0.

The country’s professional soccer leagues will kick off Friday, also without spectators.

In China, it has been three weeks since any new deaths have been reported in the country where the pandemic began late last year. Just one new case of infection was confirmed, and fewer than 400 patients are still being treated for COVID-19, health officials said.

Other places in the Asia-Pacific region have also suppressed outbreaks, including Hong Kong, Taiwan, Vietnam, Thailand, Australia and New Zealand, which has reported no new cases for two days. But experts said India, a nation of 1.3 billion people, has yet to see the peak of its outbreak.

In Britain, which unlike other European nations remains in lockdown, a trial began Tuesday of a mobile phone app that authorities hope will help contain the outbreak. The app, which warns people if they have been near an infected individual, is being tested on the Isle of Wight, off England’s southern coast. The government hopes it can be rolled out across the country later this month.

Prime Minister Boris Johnson plans to soon detail a route out of the nationwide lockdown that began March 23 and runs through Thursday. Critics say Johnson’s Conservative government responded too slowly when COVID-19 began to spread, failed to contain the outbreak by not widely testing people with symptoms, then failed to trace and isolate the contacts of those infected.

Countries that did that, including South Korea and Germany, have recorded much lower death rates than those that did not.

The British government’s chief scientific adviser, Patrick Vallance, acknowledged that “if we’d managed to ramp up testing capacity quicker it would have been beneficial.”

In France, scientists released a study saying they may have identified a possible case of the coronavirus dating back to December, about a month before the first cases were officially confirmed in Europe. Outside experts said the study was interesting but not conclusive.

Governments around the world have reported 3.6 million infections and more than a quarter-million deaths, including nearly 69,000 in the United States. Deliberately concealed outbreaks, low testing rates and the severe strain the disease has placed on health care systems mean the true scale of the pandemic is undoubtedly much greater.

Several states have been moving to relax restrictions even as daily new infections in the U.S. exceed 20,000 and daily deaths are well over 1,000, according to figures from Johns Hopkins University.

When and how to ease lockdowns will remain a key policy question for governments and cities for months, if not years.

After India relaxed some lockdown restrictions on Monday, thousands of people turned up at liquor stores without following social distancing recommendations. Police used batons to disperse the crowds. On Tuesday, Indian authorities imposed a special tax of 70% on liquor purchases.

Rising reported from Berlin and Perry reported from Wellington, New Zealand. Associated Press journalists around the world contributed to this report.

Coronavirus: Shops should reopen based on safety – retail chief

Top Rwanda Genocide Fugitive Arrested After Years on the Run

French horse racing set to resume on Monday at ParisLongchamp