More than 400 passengers have disembarked the cruise ship Westerdam, which docked in Cambodia on Thursday after five other countries refused its entry amid fears of a potential COVID-19 outbreak.

Although none of the more than 2,000 passengers and crew on board the Westerdam were diagnosed with the deadly virus, worldwide panic over the disease’s spread pushed Japan, the Philippines, Taiwan, Thailand and the U.S. territory of Guam to deny the ship’s entry into their ports. Thai Prime Minister Prayuth Chan-o-cha said during a news conference that preventing the spread of the virus was important and that the passengers would not be allowed to disembark in Thailand, though he offered assistance with food, fuel and water supplies.

Passengers were stuck in limbo for two weeks before Cambodian authorities allowed the ship to dock on Thursday. On Friday, the first group of passengers, numbering in the hundreds, were allowed to leave the ship, according to the World Health Organization (WHO). Twenty passengers who had reported signs of being ill tested negative for COVID-19, WHO director-general Dr. Tedros Adhanom Ghebreyesus said during a Friday news conference. 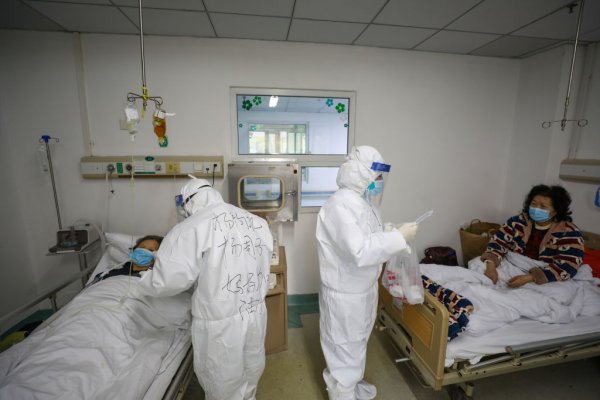 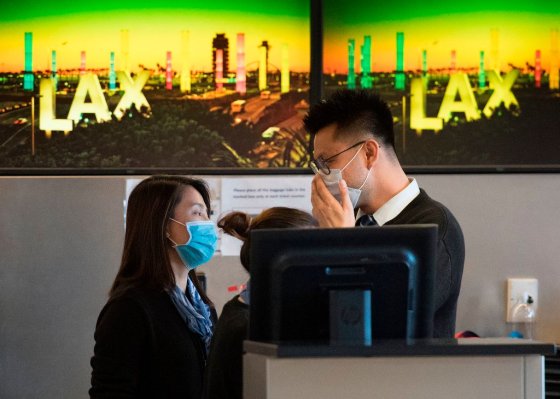 “Today, hundreds of passengers are disembarking and are en route to their home countries,” he said. “I hope that other countries will follow Cambodia’s lead.”

Holland American Line, the cruise operator, said Cambodian authorities granted permission for passengers to start disembarking on Feb. 14. The cruise line will charter flights to take passengers from the city of Sihanoukville to the capital, Phnom Penh, and then pay for the passengers to fly home over the coming days.

Mang Sineth, the vice governor of Cambodia’s Preah Sihanouk province, said 414 passengers would be flown to Phnom Penh on Friday, the AP reports. Sineth said all passengers should be leaving Sihanoukville by Sunday, if all the travel arrangements go as planned.

The authoritarian Cambodian Prime Minister Hun Sen greeted the first wave of passengers and gave them flowers as they left the ship, the Associated Press reports.

“Today, although Cambodia is a poor country, Cambodia has always joined the international community to solve the problems that the world and our region are facing,” Hun Sen said.

Passengers expressed relief and thanks to Cambodia as they disembarked.

“We appreciate it very, very much,” Joe Spaziani, of Florida, told the AP. “It’s been a long struggle and we appreciate everyone being here.”

The Westerdam is just one ship that has been impacted by the COVID-19 outbreak. At least 218 cases of the disease have been identified on the Diamond Princess, a quarantined cruise ship currently docked in Yokohama, Japan. The country’s health officials said Thursday that elderly passengers who test negative for the virus can begin disembarking the ship and finish their quarantines at a shoreside facility.

Kim Kardashian Insists This Is the Best Body Scrub Ever

Harvey Weinstein Rape Accuser Claims He Has No Testicles

Boy, 6, found after search at Newport Pagnell services on M1